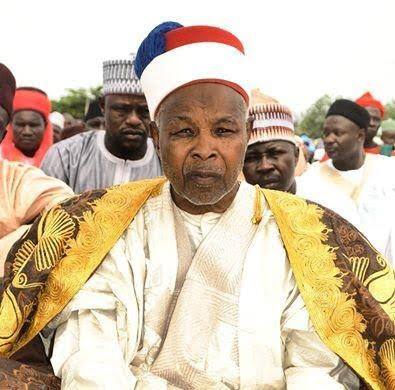 The Emir of Gwoza Local Government Area of Borno State, Muhammadu Idrissa Timta has said neither him nor his subjects who are presently taking refuge in some of the Internally Displaced Persons camps, will return to Gwoza until Boko Haram terrorist are completely wiped out from the state.

Speaking to Vanguard, Timta described as false the report by government authority and the military that his community has been fully liberated.

He said such liberation were only done on the pages of newspapers. According to the traditional ruler, most communities in Borno state especially those surrounding mountainous villages of Ngoshe, Ashigashiya, Barawa and other border communities with Cameroon Republic are still under the control of the sect members, lamenting that over “10,000 persons are still trapped in Mandara Mountains (Bayan Dutse), ‎Reacting to calls from the Senate leader Ali Ndume who is also from Gwoza community, that they should return to their community, Timta said there was no way they could return to their communities for now due to the insecurity that still exist there.

He noted that those who took courage and returned to resettle in Gwoza town could not move out of the community, as they were likely to fall into the hands of insurgents that still surrounded the town without confrontation.
Email ThisBlogThis!Share to TwitterShare to Facebook

MUSIC PREMIERE:BDRA BOBO FEAT ARIKI BOY/DOWNLOAD NOW
2023: You cannot get the Presidency of Nigeria by threats or by shouting victim hood- Gov El-Rufai tells Southeast
Tips on How to Become an Influencer